This two-celled turkey-nest type pond in Queensland, Australia had a footprint of about 8 hectares (20 acres). The floor consisted of a heavy clay and the side walls were pushed up with a bulldozer. Saline water from coal seam gas exploration had been stored in the pond for several years and it had dried up leaving a salty crust on the floor. We sampled the native soils nearby for comparison and then sampled the pond site extensively. We determined that most of the CSG derived salts had not leached very far. They were mostly deposited near the surface in the upper 15 cm of the floor.  The underlying soil was largely unaffected.

Our team treated the saline surface with a heavy dose of gypsum and then inverted the top meter of the floor. The team employed three large excavators and a bulldozer to sequentially invert the floor. Six meter wide trenches were then stripped in three layers. The top layer of the floor became the bottom layer and the bottom layer became the top of the floor. Then the walls or batters were selectively pushed in to assure the best soil was left on top. Once the final grade was leveled – gypsum, fertilizer and seed were applied to the soil surface. Timely rain fell and a grass paddock was established in short order.

The soil was tested on site during the excavation process to assure that the soil quality matched the rehabilitation plan. After the inversion of the pond floor and  application of gypsum at two intervals the recreated profile was similar to the native surrounds and capable of supporting pasture production. 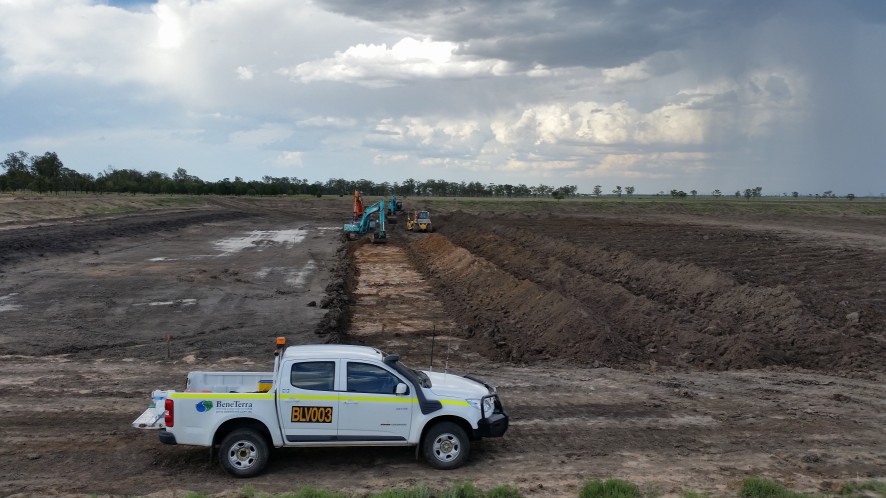 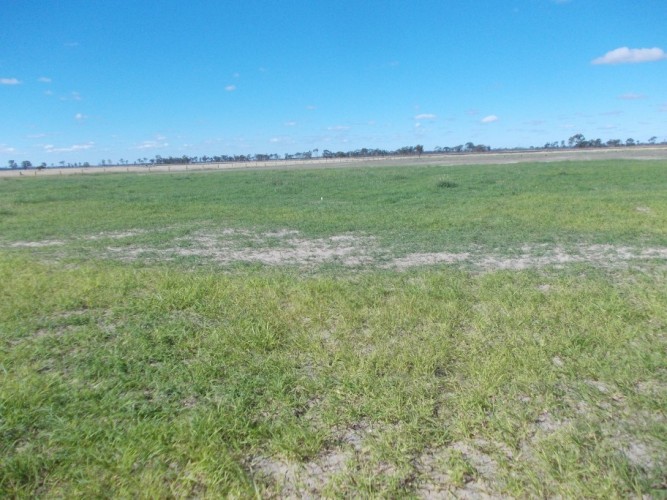